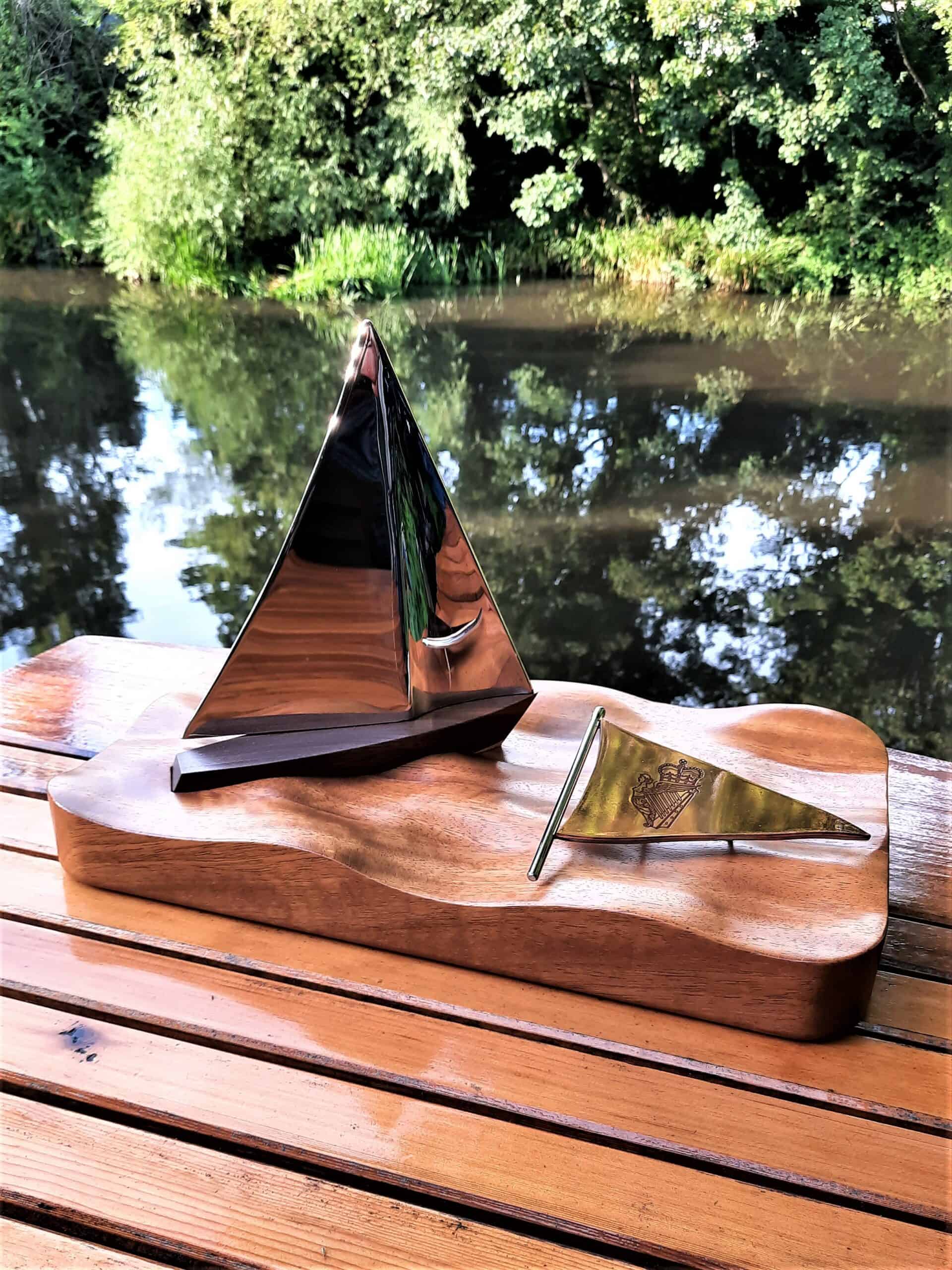 Delighted to have been chosen to design and make this Sailing Trophy for the Royal Cork Yacht Club.

The undulating base of Iroko represents the movement of the waves on which a Walnut yacht is sailing.

The sails are designed with a concave section between the main and jib to give an illusion of movement as she catches the light.

The Burgee is made from layered copper with the ‘Maid of Eireann’ club emblem engraved into the copper.

The Perpetual Trophy, named “The Tricentennial Trophy,” marks the 300-year anniversary and history of the club which occurred last year, As Admiral, Colin Morehead had to defer largescale Tricentenary commemorative plans due to the Covid pandemic.

A Tricentenary Maritime Parade was eventually possible this August and had a fleet of over a hundred yachts to the Naval Base on Haulbowline Island, the original founding location of the club, where the Admiral took the salute. He has been widely complimented for the manner in which he has led the club through the difficult pandemic period when many celebratory anniversary events had to be cancelled.

The “Tricentennial Trophy” will be awarded annually to the person who, in the view of the Club’s Admiral at the time, demonstrates a dedication and commitment to the club and through their hard work ensures that others benefit.

The first recipient of the is Club Archivist Dr. T. Paul McCarthy.

Published this week in Afloat Magazine